I’m sitting outside in the quiet green mountain space of Vermont, after getting back from a hot sunny run down the dusty back roads I grew up on:

It’s hard to believe it’s been 8 years since our first BLR Play It Forward weekend. A high school alumni women’s soccer reunion that started out inspired by some very special friends, has expanded over time to be that, plus a homecoming each July where so many other community members young and old, have joined our group for some fun, and to celebrate life.

*Pizza, craft brews, and plenty of room for kiddos to play in the patio area.

*Craft cocktails, appetizers, and a chance for adults to relax and catch up.

I’m always so thankful for all the local businesses that continue to support Play It Forward, and all friends…new, old, near and far, who take the time to come together.

After I pressed publish on my last post, proclaiming myself as a “minimalist, childless, single gal from Vermont with a nomadic heart” – I got a little tease from my parter in crime:

“Well, we aren’t married…yet!” I said, laughing and teasing him back. “When I fill out forms that ask marital status, I check single. That’s all I meant!”

Lucky me, I get to share my life of adventure with this guy, who always makes me smile as big as the sun:

…the one who’s always the best sport about everything, everyday, even being game to rip up the dance floor because he knows how much I love it:

…the one who always makes me feel like I’m home:

J and I met almost 2 years ago, totally unexpectedly, on a very special weekend. A weekend that means the most to me. That same year a group of us put up a wall. The kind of wall that brings people together:

Strong Mojo is the indefinable essence of magic, when everything comes together perfectly.

Do you believe? I sure do.

Lead with love. Do work you love. You might just run into a whole lot you didn’t expect, that’ll make you smile as big as the sun for the rest of your days. 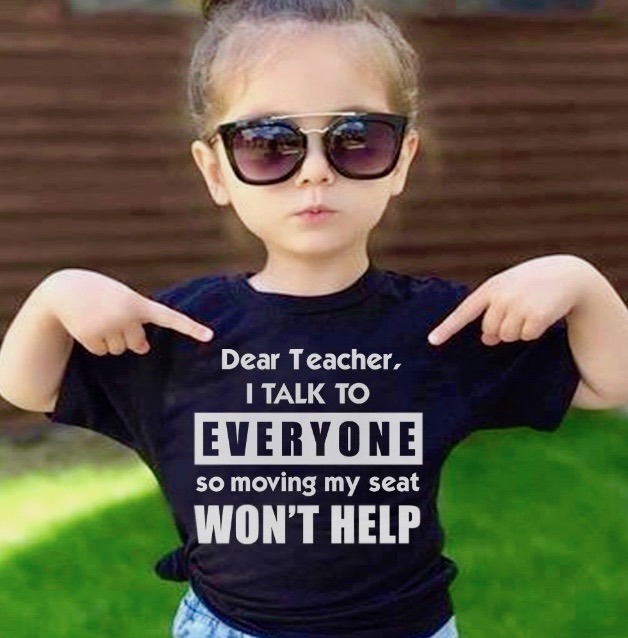 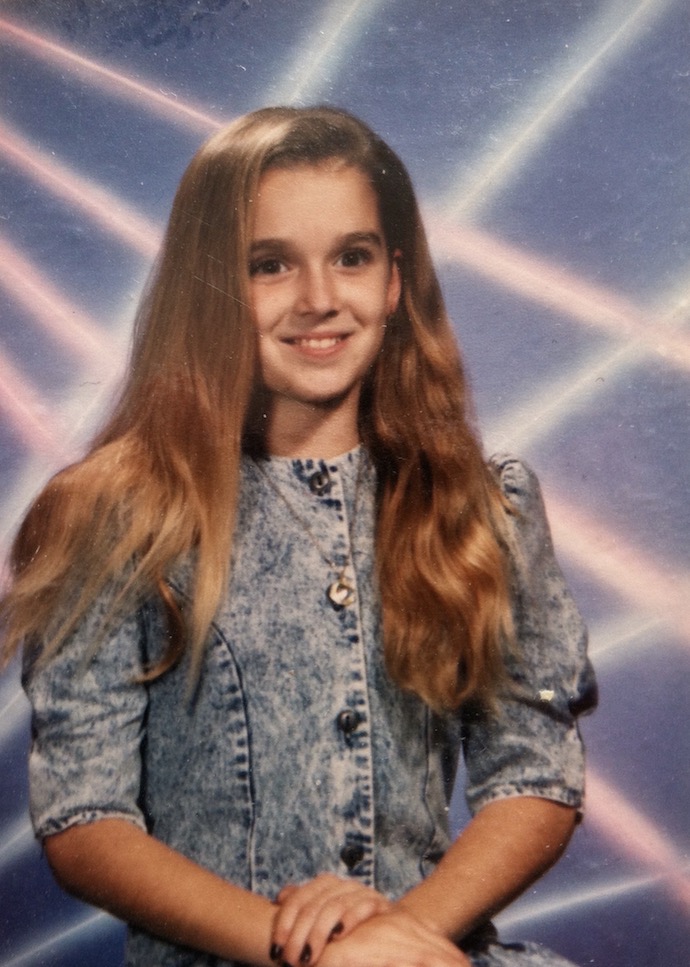 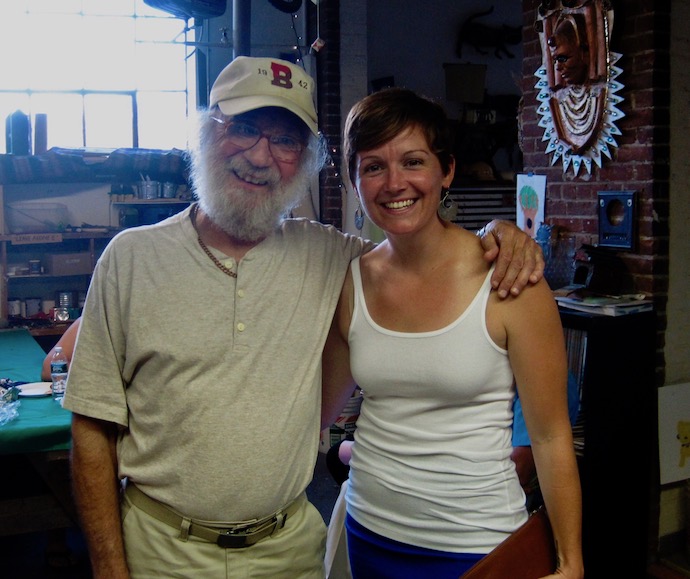 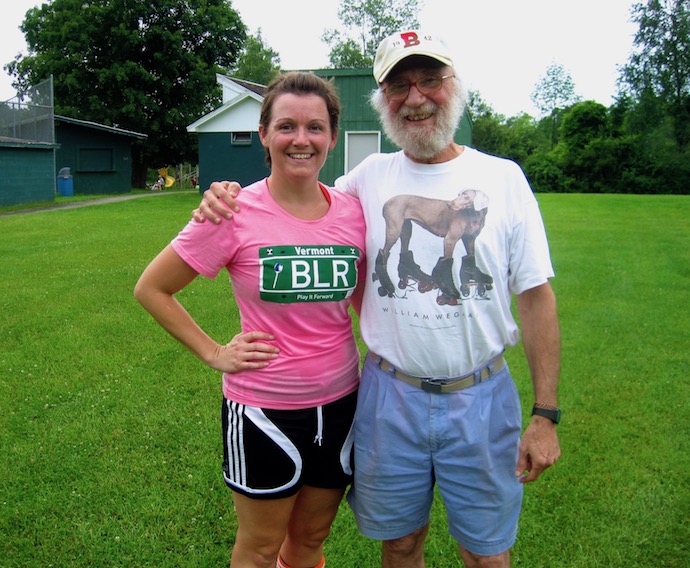 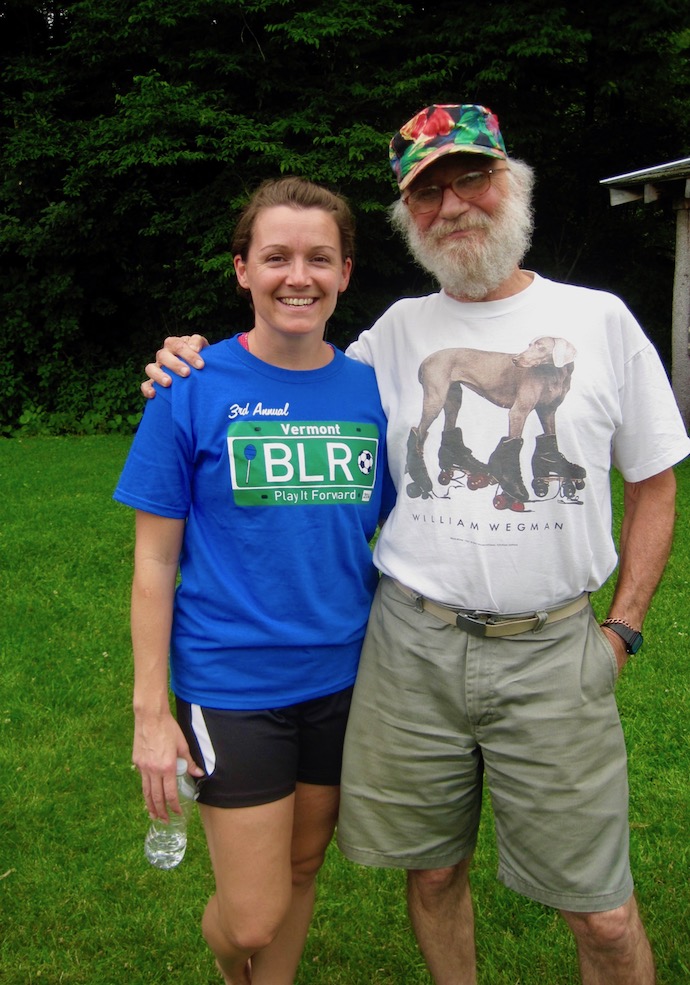 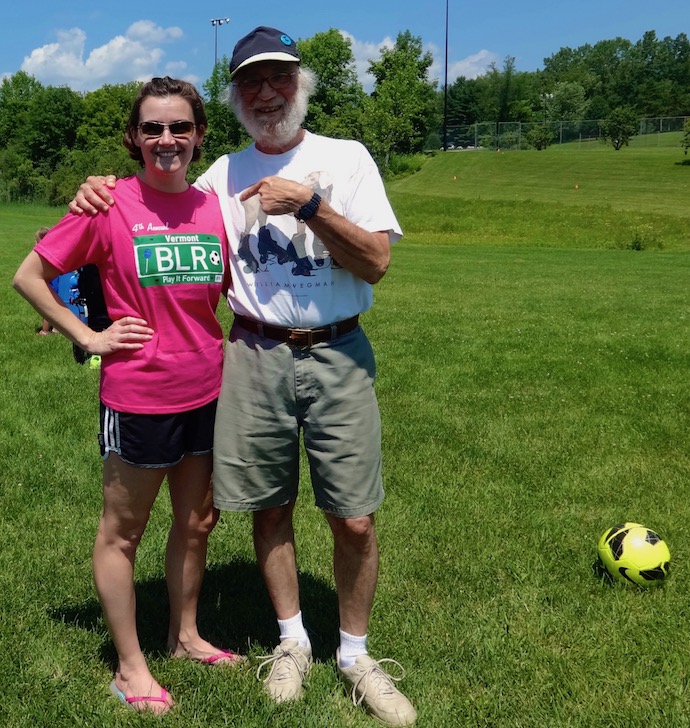 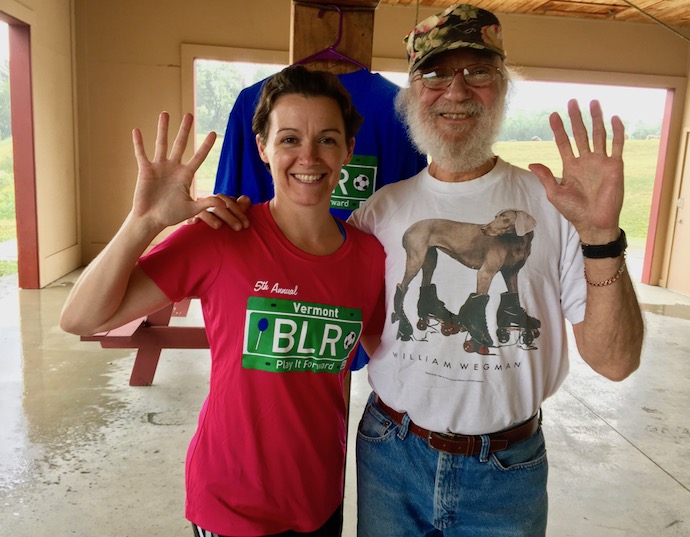 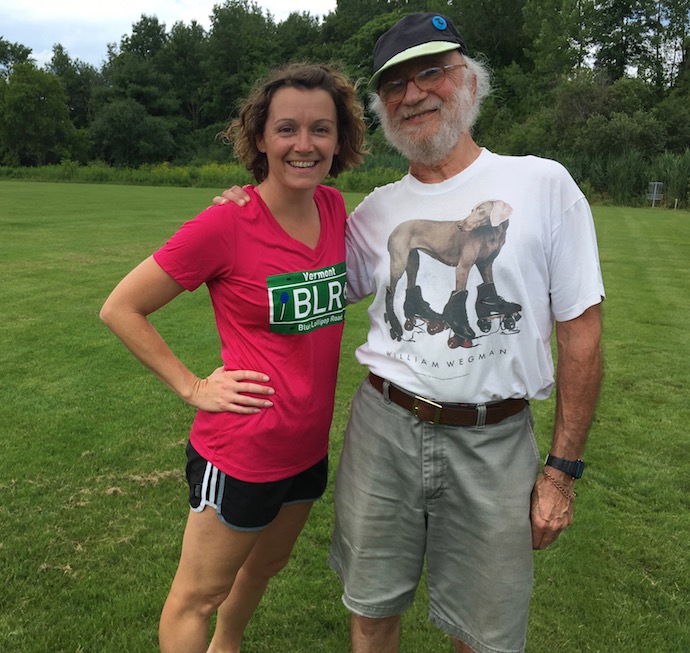 This announcement is happening today: 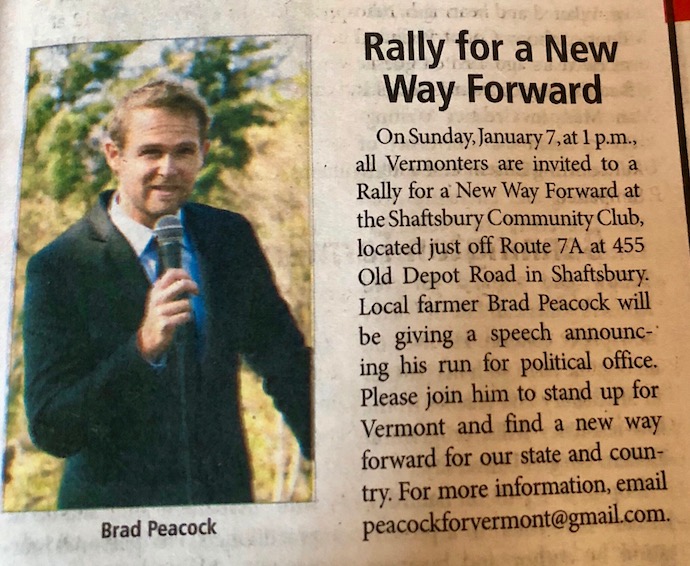 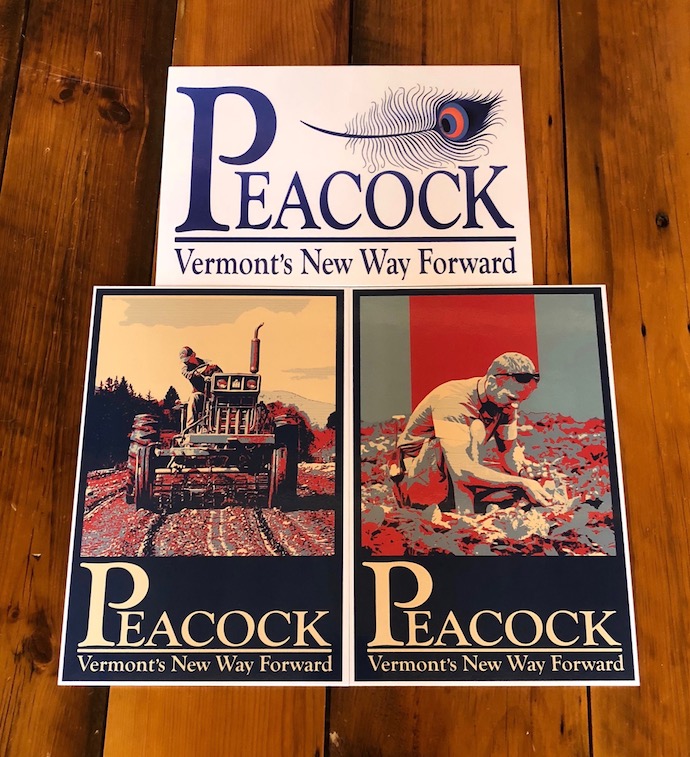 This is my brother.

Proud is a vast understatement for how I feel about Brad. He defines selflessness, hard work, generosity, integrity, kindness, and bravery. I wish there were bigger words, but I’m not sure they’d ever be big enough for describing how and who he is. He is undeniably one of the greatest humans ever made.

Today is a HUGE day for Brad. And all of us. Today is about standing up, speaking up, and truth.

Today I celebrate people who do the right thing when nobody’s watching. Those humble heroes like Brad, who are always loyal, fearless, and continuously look outside themselves to lead with love. 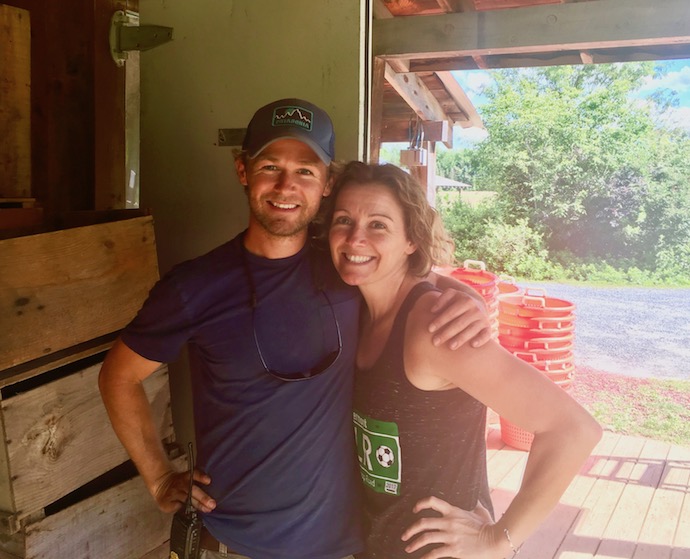 Maybe it’s time to stand up for things you believe in. Today is the day. What are you waiting for?

Look what finally came in the mail! 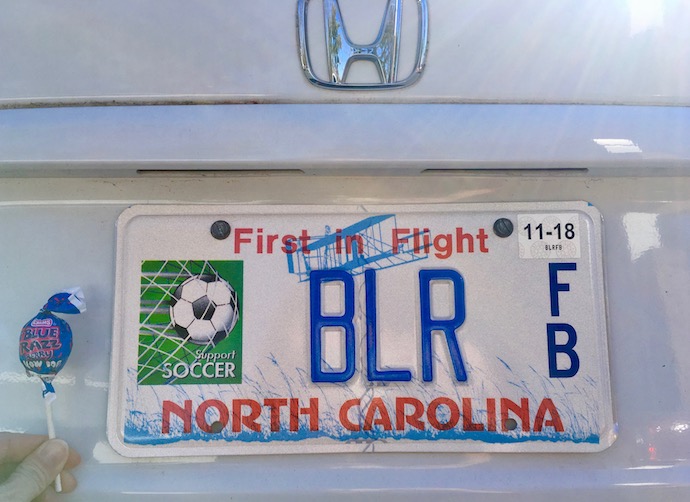 It took me a LONG time to give up my green mountain state tags (and I sure didn’t want to), but imagine my delight to find a “Support Soccer” offering as an option for North Carolina.

Perfect. I think I’m in love.

You can take a girl out of Vermont, but you could never take her mojo away.

What are you doing to remember where you came from?

when your mom gets you

In pops this on my phone from the amazing, selfless woman who gave me life: 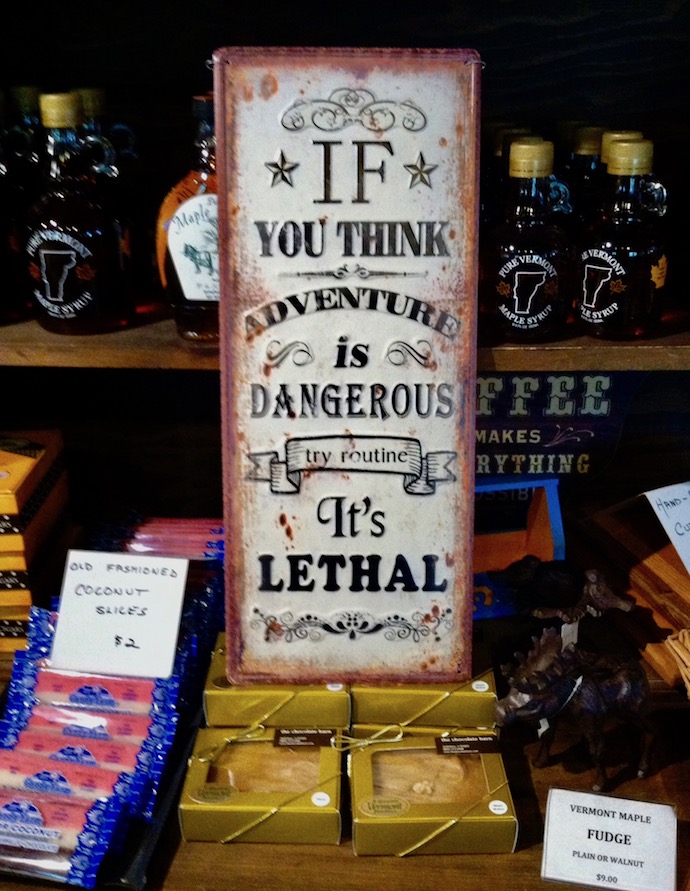 …along with “I saw this the other day and thought of you!” and a globe, airplane, and heart emoticon.

My Mother is so cute, and such a nerd. (See where I get it from?) I love that lady so much! The best is, she continues to encourage me to be exactly who I am and go for anything and everything I want.

I’m currently in Charleston at the beach on a client project that has been a big one and kept me all consumed the past few weeks and far away from computer and writing time. Oh my do I have some exciting things to share! BLR Play It Forward event news, upcoming travels, and a story of a random encounter with a person last night that totally blew my mind.

More than any other time in my life, this summer has proved to me 10 times over that if we stay open and authentic, spend time doing what we love, and share our experience and knowledge, the doors of opportunity will fly open.

When you take a step towards life, the universe responds.

I’m off to be dangerous. Won’t you join me?

It’s Thursday July 13th now, and I’m still trying to wrap my head around what an incredibly powerful BLR Play It Forward weekend we had just a few days ago. It is always the most bittersweet day of my year.

I will have a full post coming soon with some of my favorite images, but in the meantime here are a couple that show what community and coming together to do something good looks like: 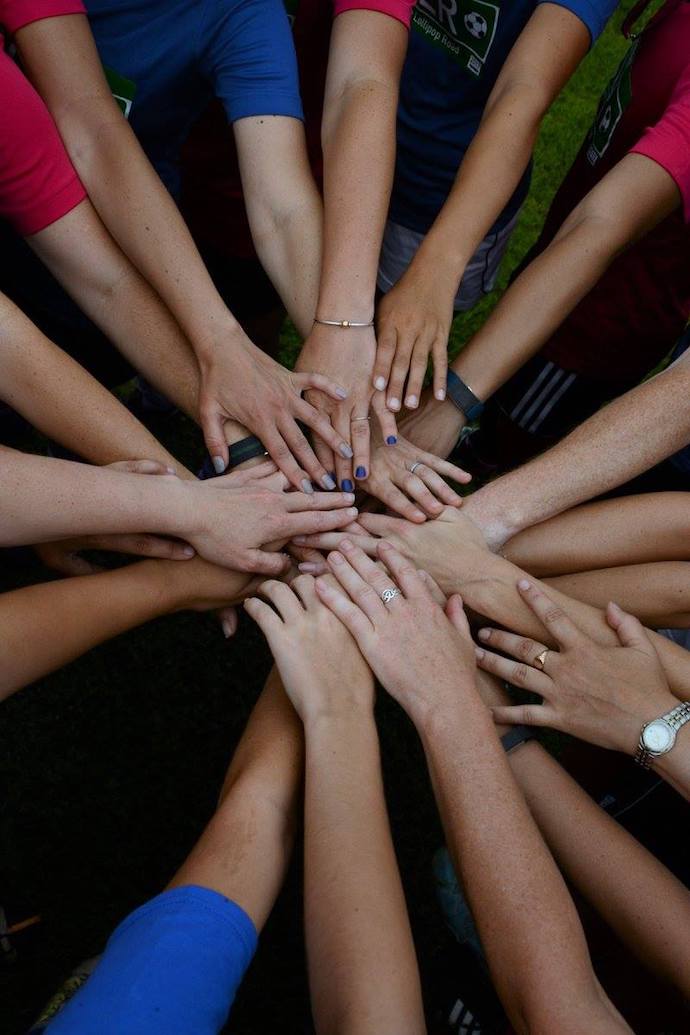 Being a part of something bigger than myself that means something to so many people is by a landslide the best work I have ever done. Love, joy, and time together to celebrate memories is the most I could ever ask for in this life, and I’ve been lucky enough to experience that for 6 years in a row now. This is my team. The rest of the people who support us were all there too, just a few feet away. I’m always so honored to be in such wonderful company. 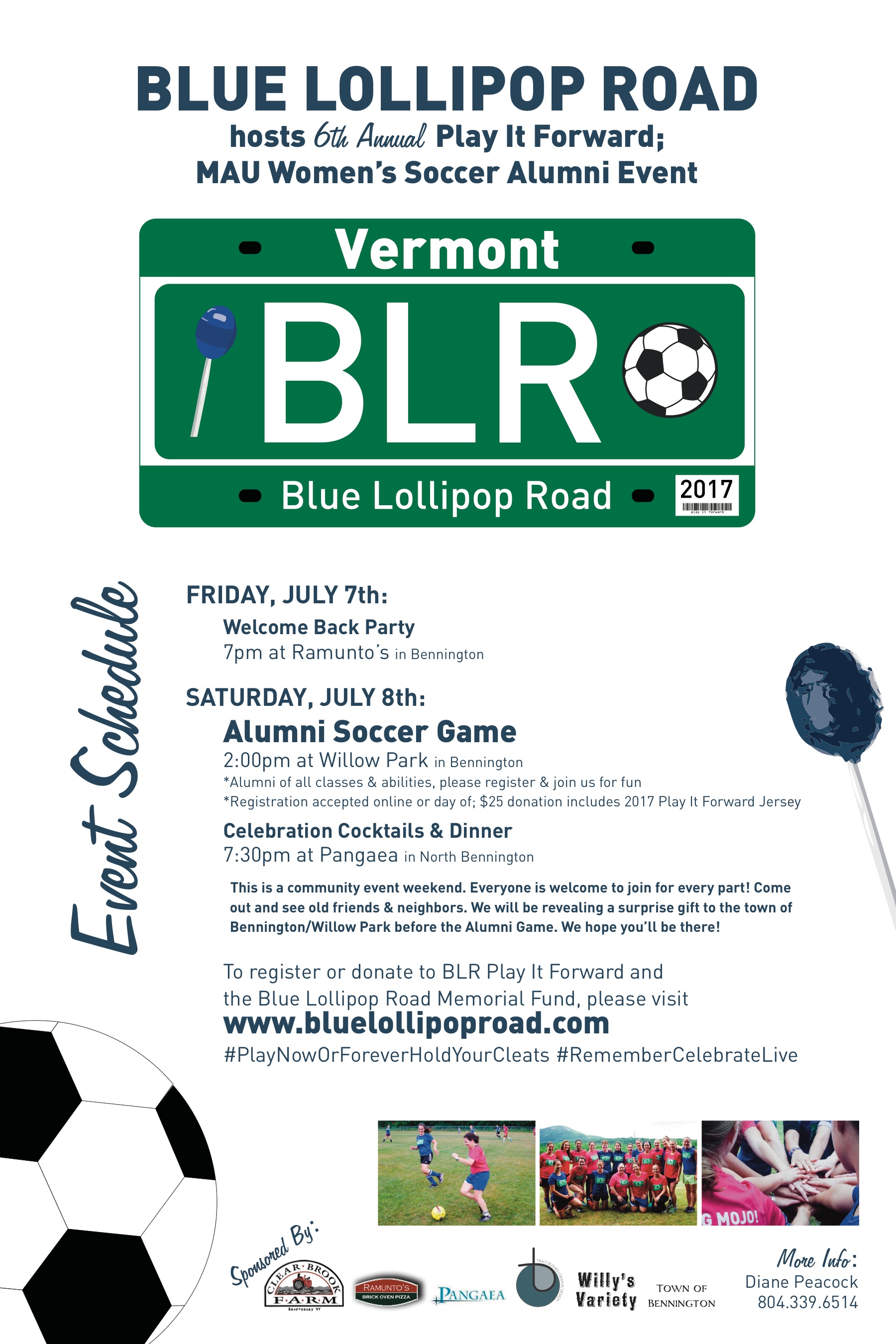 I’m currently sitting in my travel office for this week; the counter at the Blue Benn Diner: 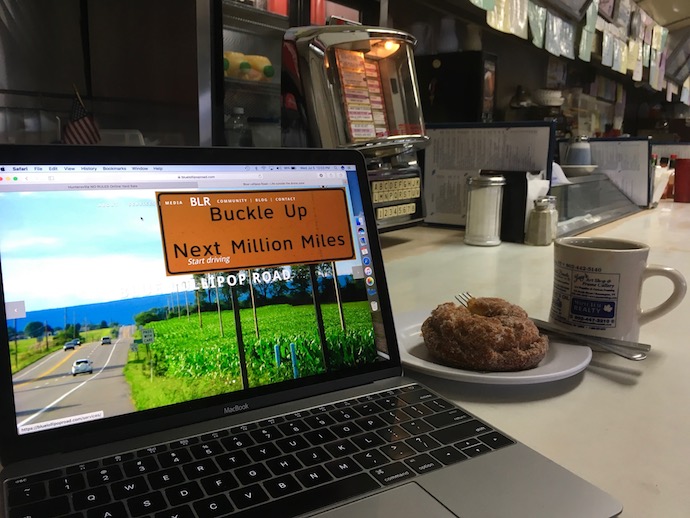 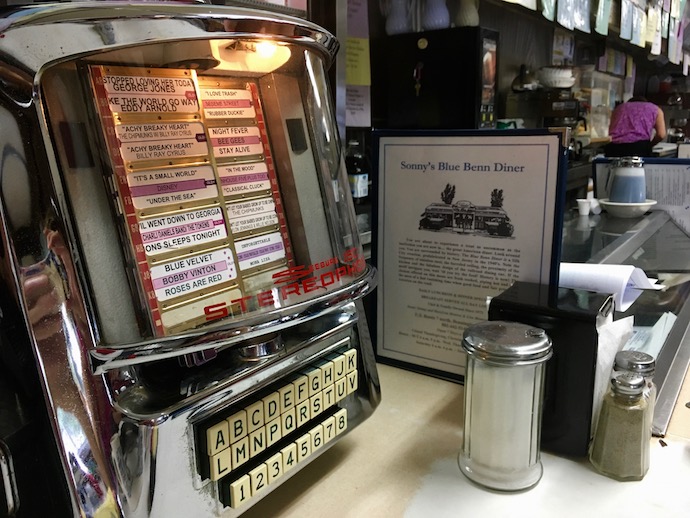 I can’t get enough of this place when I’m in my hometown for BLR Play It Forward week each summer, even though I miss my coffee buddy so much.

I arrived in Vermont late Sunday night, and have spent the last few days reconnecting with some of my favorite people, and putting the final touches on plans for our 6th annual event that kicks off on Friday night. Sometimes I have to pinch myself at how ridiculously gorgeous this place I grew up in, is: 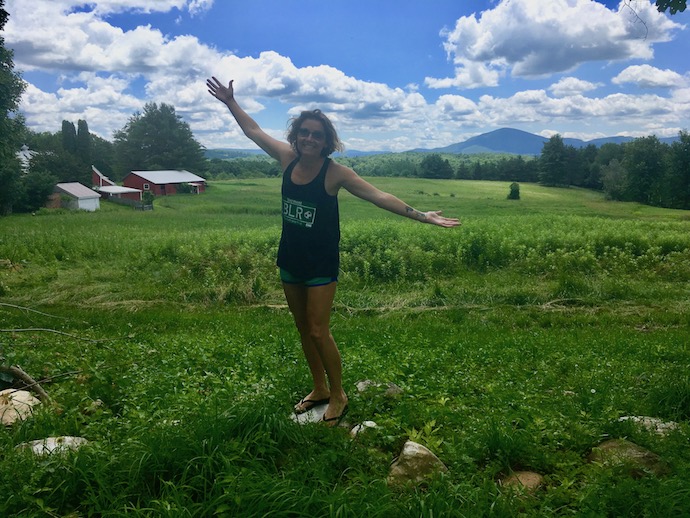 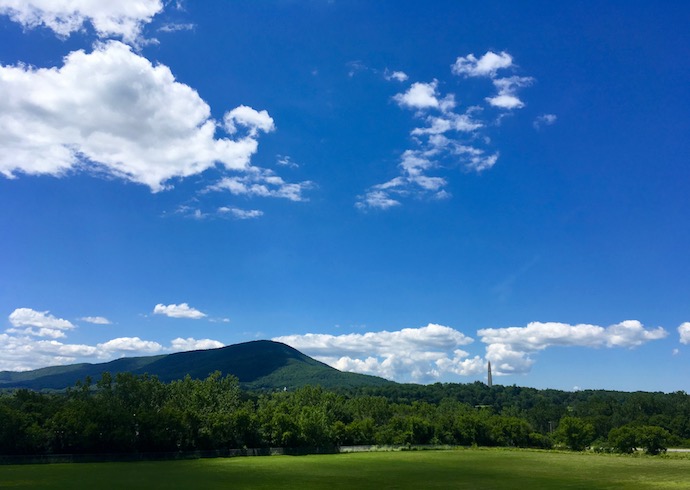 That’s view of Mount Anthony and the Bennington Battle Monument above. I took this photo from the town park where we will reveal our community give back surprise on Saturday. To say I’m excited and proud is an understatement. I’m trying my best to keep things under wraps as we complete all parts and pieces, but I really want to shout from the green mountain tops about the all the good heart and effort so many people have put, into making this special gift happen. I know the families of our girls will love it.

Today this article was published in the Bennington Banner.

It’s so important to remember where we came from, no matter how far we might go from “home.” Giving back is key. Celebrating each day, and the happy memories we have, honors those we might not be able to see in person anymore. Living, realizing today is the day, to go, be, see, and do, is how we respect the clock that doesn’t stop.

Much of this life is so bittersweet. As we carry our bruised hearts around each day, I hope the voices of laughter that remain will always inspire us to keep arms wide open.

a road trip is brewing…

I’m about to shout “Vermont or Bust!” and do what I love more than anything in the summer; ROAD TRIP!

I will get to see these little smiling nugget faces: 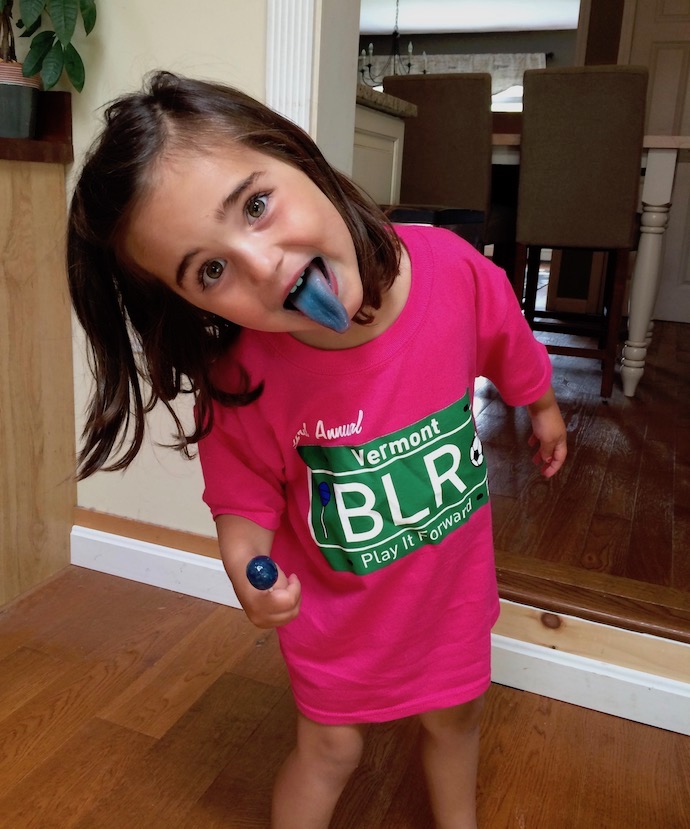 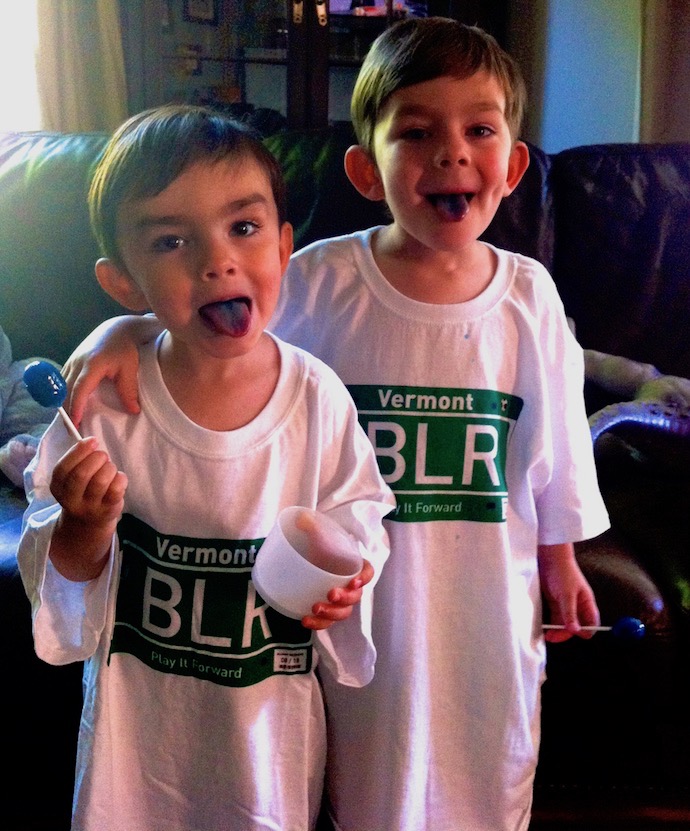 …who are actually not so little anymore, I will get to hug my family & lots of friends, I will get to have long relaxing mornings at my favorite breakfast diner and most importantly, I will get to give back to the people and the place that have given so much to me.

I hope you will join me with all your windows down, too, celebrating everyday you have in the sunshine over the next couple of weeks. Watch for lots of good stories from the road, coming soon!